What’s Next For Arlene Foster?

A little less twitter, a lot more thought and direct conversation. What’s next for Arlene Foster?

When you leave elected office in the fashion I have, the obvious question is “what are you going to do next?”. The honest answer is I’m not really sure! There are plenty of things I’d like to do, but what one is capable of doing is an altogether different kettle of fish!! 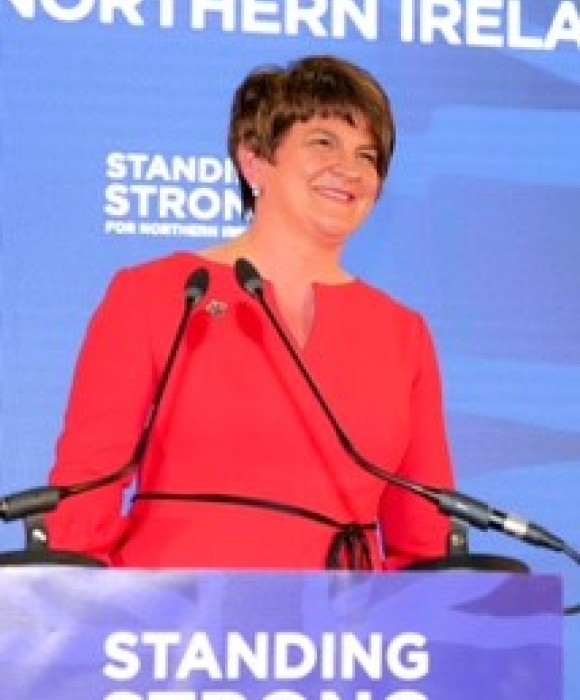 For so long now I have been steeped in NI and its difficult politics. Yes, all politics is challenging – it’s part of the reason why we do it, but being the leader of the largest Unionist party whilst a privilege of course brings its own downsides.

Due to the nature of politics here the divisiveness is stark – you are seen as somewhat strange if you have friends in other political parties.

It reminds me of the labour member who claimed proudly that she had never, nor would she ever snog a Tory.

Well in NI if you are in the pleasant exchange territory then you are seen as somewhat of a weakling, never mind the latter!

Looking in at the Palace of Westminster I had always thought politics to be mostly civil.

Of course that is a generalisation and I found that out when I attended a Policy Exchange event to launch the “The age of Incivility: Understanding the new politics” back in 2018.

The subsequent call for evidence was important because it is right that we understand the issue from a data point of view rather than anecdotal stories, of which some of us have many!

The launch was chaired by Trevor Phillips former Equality and Human Rights Commission Chair and was attended by members from across the political spectrum – and that’s the important point – people from different perspectives discussing issues in a civilised fashion.

Unfortunately, the language in Westminster politics is not improving because as I write this blog the deputy leader of the Labour Party, Angela Rayner has just called the Tories, ‘scum.’ Not much progress there.

When I was First Minister of Northern Ireland I shared an office with the deputy First Minister, firstly Martin McGuiness and then Michelle O’Neill.

Both were steeped in Irish republicanism. In McGuiness’ case he was a self-confessed member of the IRA and responsible for a number of atrocities in the 1970s and 1980s.

For many in NI they could not understand how I could even bear to be in the same room never mind share an office.

For me it was about trying to secure a better Northern Ireland for the future and that meant not ignoring their beliefs or history, far from it, but trying to disagree well.

In other words, recognising where there was common ground and building on that, and trying to deal with areas where we had fundamental differences in a way that did not do damage to the system of government given to us by the Belfast Agreement.

In other words, I was trying to show that politics worked not the alternative which I had grown up with. For NI politics to be successful however both sides have to want it to work and I’m not sure that’s the case in Northern Ireland with Sinn Fein pushing for constitutional change whatever the cost to our citizens.

In today’s social media world of politics not even subtle points are lost in translation. I really regret that.

Yes, your opponents are always going to spin your point of view to suit their agenda, but 280 characters is not enough space for a political argument to be put forward, never mind digested and contradicted.

The main stream broadcasters are becoming just as bad with their soundbite headlines. Say something outrageous in Parliament and you will be on the 6 o’clock news.

Develop a political argument in a thoughtful way and try to persuade others of your point of view and it will not make the cut. Is this the political discussion we want or need?

Of all places in the world Northern Ireland needs nuance and understanding in its politics and none of the social media platforms allow that to happen.

We need a little less Twitter and a lot more thought and direct conversation. There may then be a little less outrage – I can but hope.

So, in answer to the question, “What are you going to do next?”, the answer is partly at least to try and ensure there is a space for civil debate without the drama and sometimes the hatred which is all too often a mark of social media.