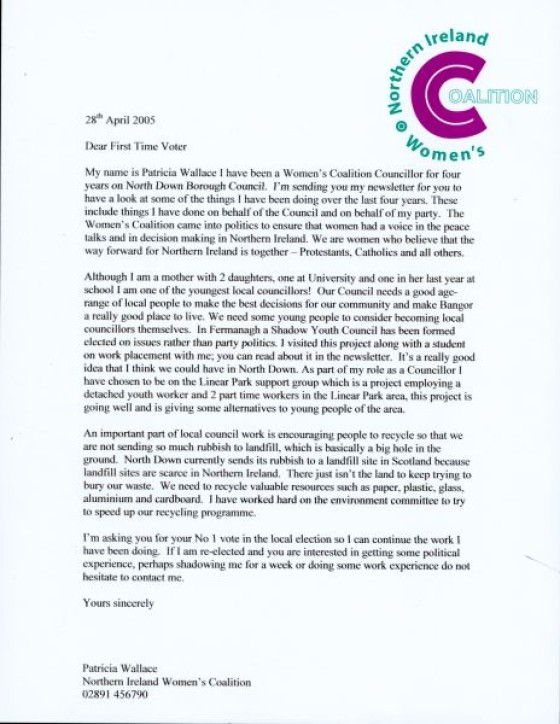 A 2005 letter from Patricia Wallace of the Northern Ireland Women's Coalition addressed to first time voters. The letter outlines her role as Councillor on the North Down Borough Council, and the key issues she is committed to with specific emphasis on youth work, recycling, and sustainability.