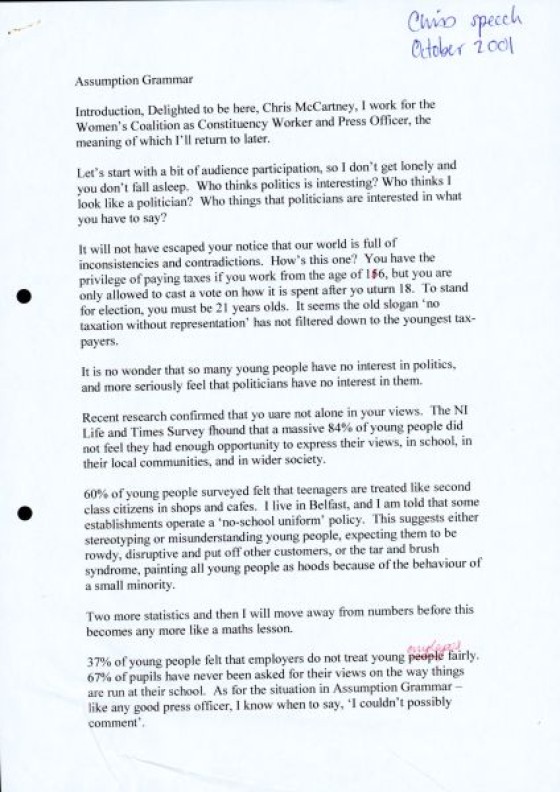 A speech by Chris McCartney (Press Officer of the Northern Ireland Women's Coalition) in October of 2001, addressed to Assumption Grammar students regarding youth involvement in politics, the importance of gender equality, the formation of the Coalition, and its role in the Northern Ireland peace process. 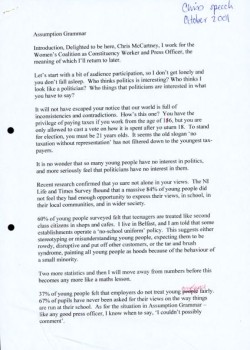 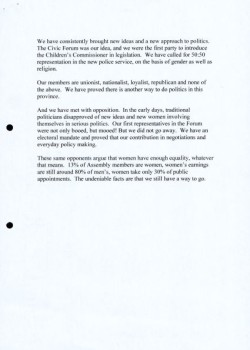