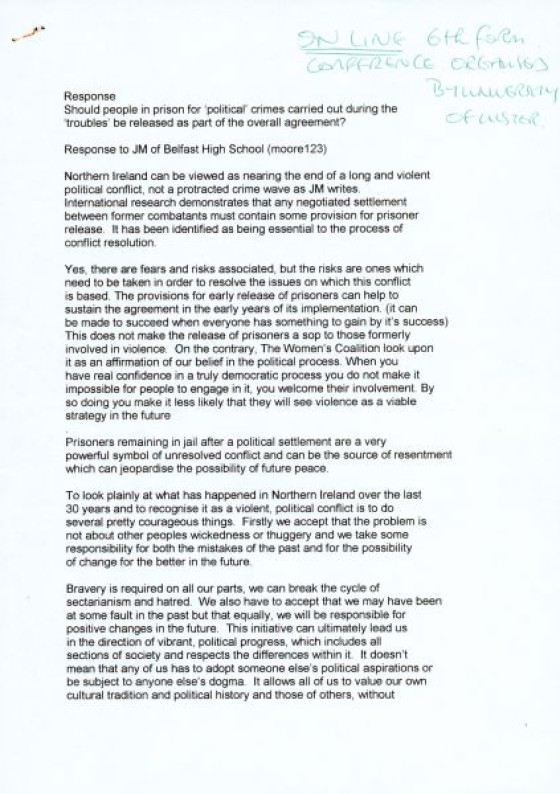 A written response from the Northern Ireland Women's Coalition to the question, 'Should people in prison for 'political' crimes carried out during the 'troubles' be released as part of the overall agreement?' The original question was posed by a Belfast High School pupil during an online sixth form conference organised by the University of Ulster (Ulster University). 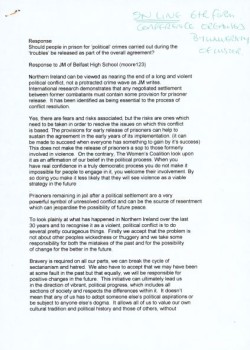 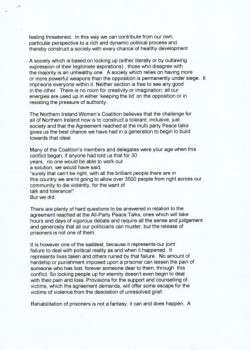 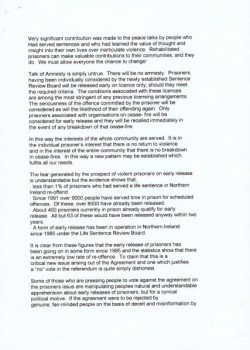 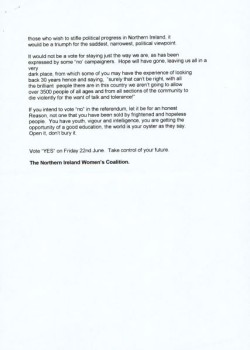