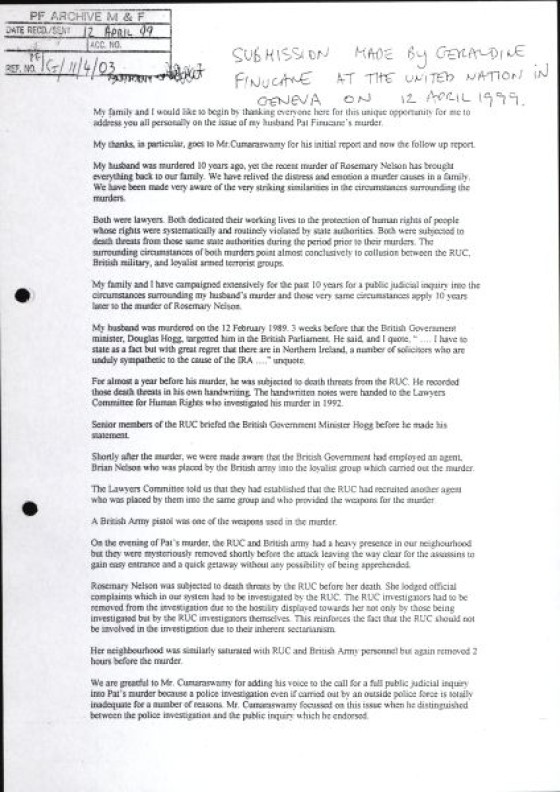 Submission by Geraldine Finucane at the UN, 1999

A submission made by Geraldine Finucane at the United Nations Human Rights Annual Commission in Geneva on the 12th April, 1999, shortly after the murder of Rosemary Nelson. In the statement, she draws similarities between Rosemary Nelson's murder and her husband's; both lawyers subjected to death threats who "dedicated their working lives to the protection of human rights of people whose rights were systematically and routinely violated by state authorities". She concludes that both murders "point to collusion" between the RUC, British military, and loyalist armed terrorist groups, and calls for public inquires and the support of the United Nations to protect and promote human rights. 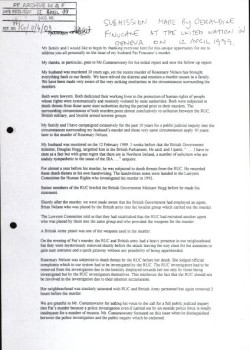 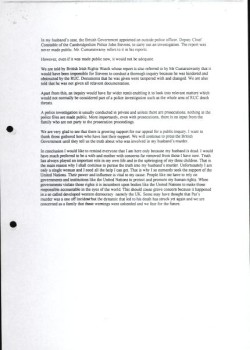