‘Women who take time out of their job to raise children, for example, face enormous hurdles to returning to work where they left off. They may have missed out on promotion opportunities, as well as facing a lack of flexibility from employers when they try to meet their continuing family responsibilities. Childcare costs can put one parent off working or make it financially impossible’. 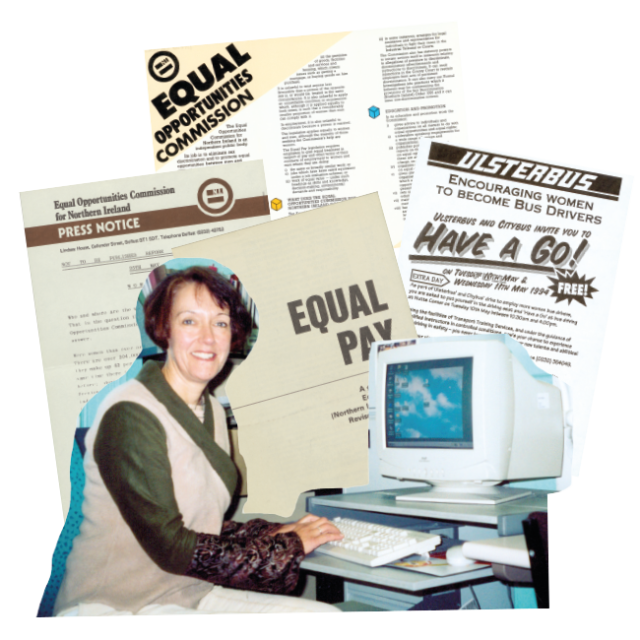 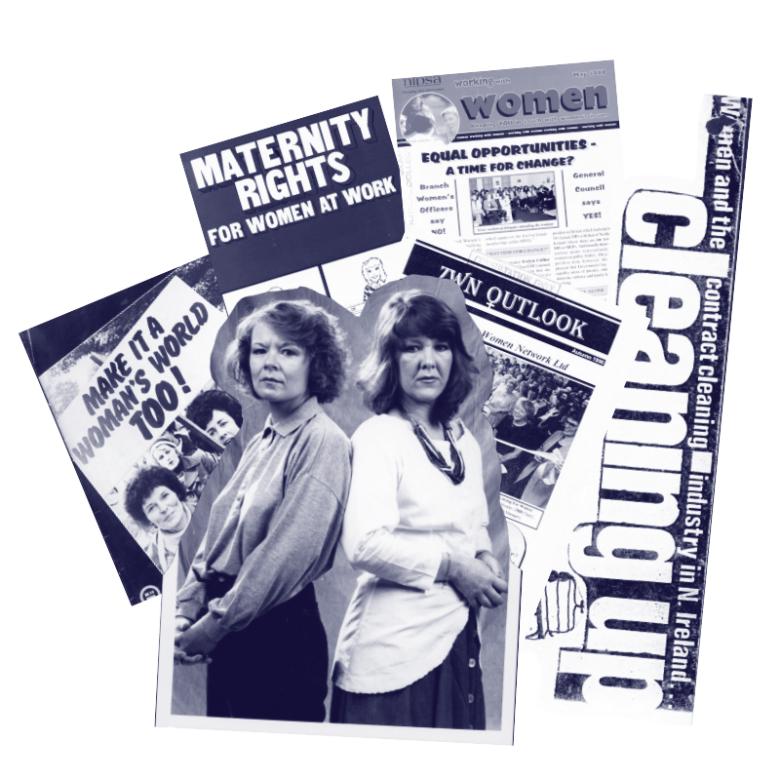 Sustained inequality in the workplace was a key injustice for many activists, community voices, and politicians in Northern Ireland. The introduction in 1970 of the Equal Pay Act required employers in Northern Ireland to pay men and women equally for equal work. But for many of the women we met questions remain as to whether equal pay, opportunity, and rights within the workplace have been successfully achieved.

In the 1960s and 70s women were frequently underrepresented in senior roles, employment generally perceived to be reserved for men. During engagement sessions, women talked about not being able to join unions which limited the empowerment of their voice and experience, and how they encountered rules and regulations which discriminated against them in the workplace. The Marriage Bar, for example, required a woman who was employed at the time of her marriage to resign from her job, with women discussing encountering this barrier in the civil service and other administrative settings. They also articulated a social expectation for women to give up full time work if they had a family.

‘Whenever I got married, you had to leave [work] – we just expected it. When you look back at it, we were treated like second class citizens, but it was so normal.’*

extraORDINARYwomen participants reflected on employers who required women to wear ‘appropriate dress’ in the workplace, and contracts for women that included having to wear a skirt and high heel shoes. All of which led to a bubbling discontent within women in the workplace and ignited calls for rights and equality.

In the 1980s research and campaigns were carried out by the Northern Ireland Women’s Rights Movement to raise visibility and amplify voices of those employed in the contract cleaning industry, hairdressing, and retail sectors.

‘Even if you were going out to work you were pushed towards domestic roles: caring, cooking, cleaning.’*

Cases against discrimination were successfully brought, and won, by the Equal Opportunities Commission for Northern Ireland. The first successful sex discrimination case was won on the 22nd of February 1980 by Norma Wallace and was described as ‘a breakthrough’ by the Commission.

And while in the 1990s legislation was enacted to tackle discrimination on the grounds of race, disability, and in relation to fair employment, many women feel common concerns around childcare, contractual requirements, qualifications, and skills development are ongoing issues.

‘[Childcare] is the single biggest reason why women aren’t in work.  It was something that second wave feminists campaigned for in the 60s and literally nothing has changed.’*